What parents need to know about vaping

As e-cigarettes have been growing in popularity, we often field questions from parents about their teen’s JUULing, vaping, and use of other e-cigarettes. They can be highly addictive, and if your child is already using them, it can be difficult to spot.

The U.S. has recently seen a spike in severe lung disease related to vaping that has caused severe illness and death. Because of this, in August 2019, the Centers for Disease Control and Prevention CDC issued a health advisory urging people to avoid vaping and e-cigarettes.

E-cigarettes, or electronic nicotine devices, are vaping devices that produce an aerosolized mixture from a liquid “e-juice” that has been heated with a battery-powered coil. The liquid is contained in a pod.  The juice is a mixture of nicotine (or THC) and flavored liquids, which are often enticing to children.

Kids may use different terms for e-cigarettes, such as vaping, dripping, or JUULing.

They may resemble traditional tobacco products, like cigarettes or pipes. Some can be difficult to spot because they can look like a pen, a computer flash drive, a key fob, an asthma inhaler, or other discrete device. Or, they may drip liquid directly on a heated coil for a thicker and stronger vapor, a method called “dripping.”

You have to be 18 years or older to buy e-cigarettes, but online stores don’t always require proof of age.

What are the risks?

Because vaping and JUUling are relatively new, scientists are still studying and learning about their long-term health risks.

Most e-cigarettes contain nicotine, which is highly addictive and can be particularly damaging for adolescents with risks of:

These risks are magnified in e-cigarettes because they contain far higher nicotine levels than traditional cigarettes.

Even the aerosols themselves can be harmful, with substances including:

Because the THC-containing vape pods use oil containing solutions, they are potentially worse for the user’s lungs. It is a vitamin E oil used in such vape pods that is thought to be at least partially responsible for the serious lung injury recently linked to vaping

Just like in cigarettes, second-hand exposure is also a risk since bystanders can inhale the aerosols.

What can I do as a parent?

You’re already taking an important first step, which is becoming educated about what to look for and the risks of vaping. It’s also important to set a good example for your child by going tobacco free yourself.

It’s also important to talk to your child or teen about the risks of e-cigarettes and how it can cause harm. Studies have shown that many kids and teens use e-cigarettes because they believe they are less harmful than cigarettes.

What if my child is already using e-cigarettes?

If your child is already vaping or JUULing, we can help. You can make an appointment at our office, and we can talk to your child about the risks of using tobacco products so they can hear from a medical professional directly and ask questions.

For additional support to walk you and your child through the process of quitting, you can visit https://teen.smokefree.gov.  This National Institute of Health resource has educational resources and step-by-step guides to quitting.


Doctor’s Blog: Your resource for answers and education 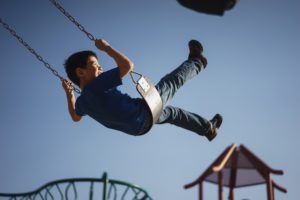 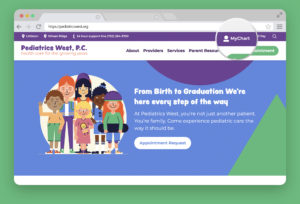 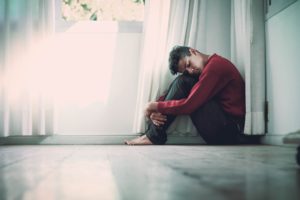 What Parents Need to Know About Teen Suicide